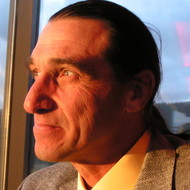 Aladay Mobile Media
Politics • Education • Preparedness
Aladay Mobile Media is an information delivery company. We bring your the rest of the story.
Just the Truth...
Interested? Want to learn more about the community?

Genetic Engineering 101
Genetic modification involves removing genetic material from one organism and transferring it to the genetic code of another. In food agriculture, this is done for reasons such as to increase the crop's resistance to insects, viruses, diseases and herbicides. For example, to increase resistance to insects, the toxin-producing gene from the bacterium Bacillus thuringiensis is inserted into the genetic code of the crop. This toxin is safe for humans to consume, according to the U.S. Food and Drug Administration.

Varieties of GMO Potatoes
The FDA completed its evaluation of GM potato varieties collectively known by the trade name Innate, according to a March 2015 FDA press release. Safety evaluation of GM foods includes toxicity, allergic potential, stability of the inserted gene, nutritional properties and unintended side effects. The GM varieties approved include Ranger Russet, Russet Burbank and Atlantic, produced by J.R. Simplot Co. The potatoes have been genetically modified to reduce black spots and bruises by lowering certain enzymes. These varieties have also been also modified to produce less acrylamide -- a potentially cancer-causing chemical that forms when starchy foods are heated at high temperatures.

0
View All
0
Reply
Interested? Want to learn more about the community?
What else you may like…
Videos
Posts

What CBD product are you looking for?
Are you looking to start a store front or perhaps offer your current customers a wider selection.
CBD Liquidators has your full spectrium CBD Products. Completely organic and produced in the USA.

Powered by Locals
About Community
Aladay Mobile Media
14 Members
Don’t have a Locals account yet? SIGN UP
I’m already a member Log in
Please keep this window open while your file is uploading...